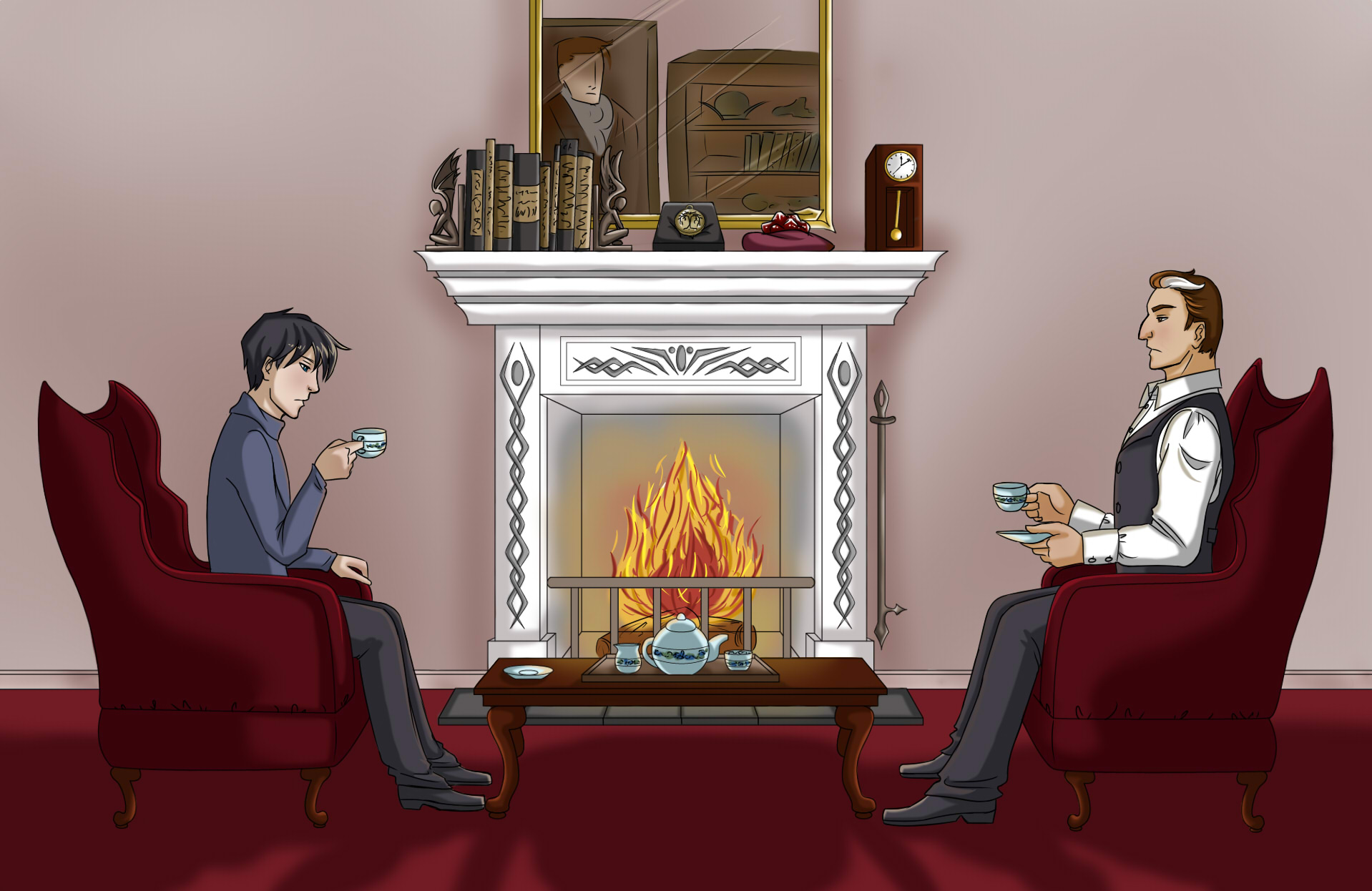 'Silence falls as Tim finishes. Jason looks off into the distance, sipping at his tea until the mug is empty, then setting the mug and saucer on an end table before focusing his gaze back onto Tim.' 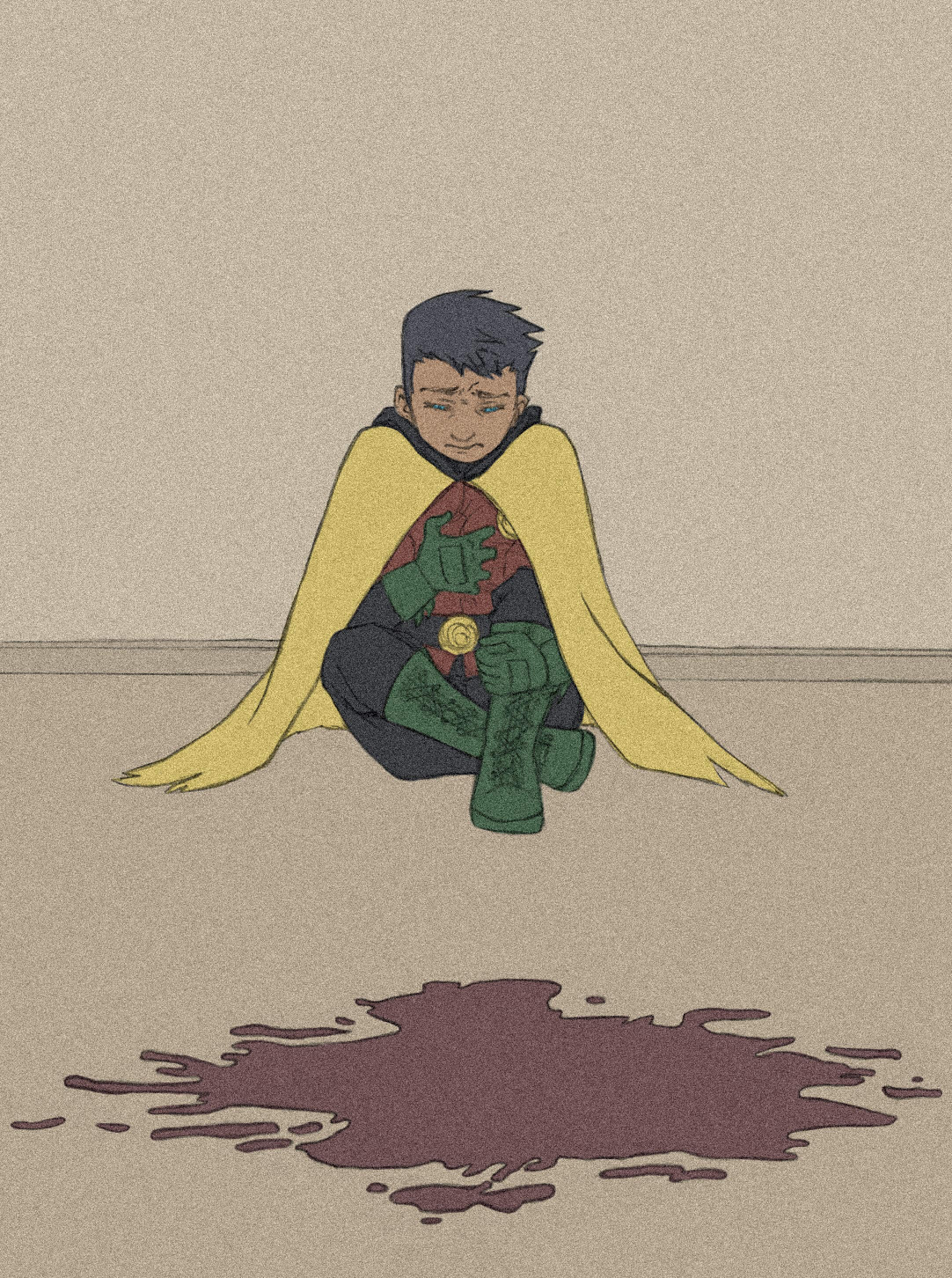 '“It hurt,” Damian says, and for once he sounds exactly like the child he really never has been. His hand is covering the spot on his chest where the blade had gone through.' 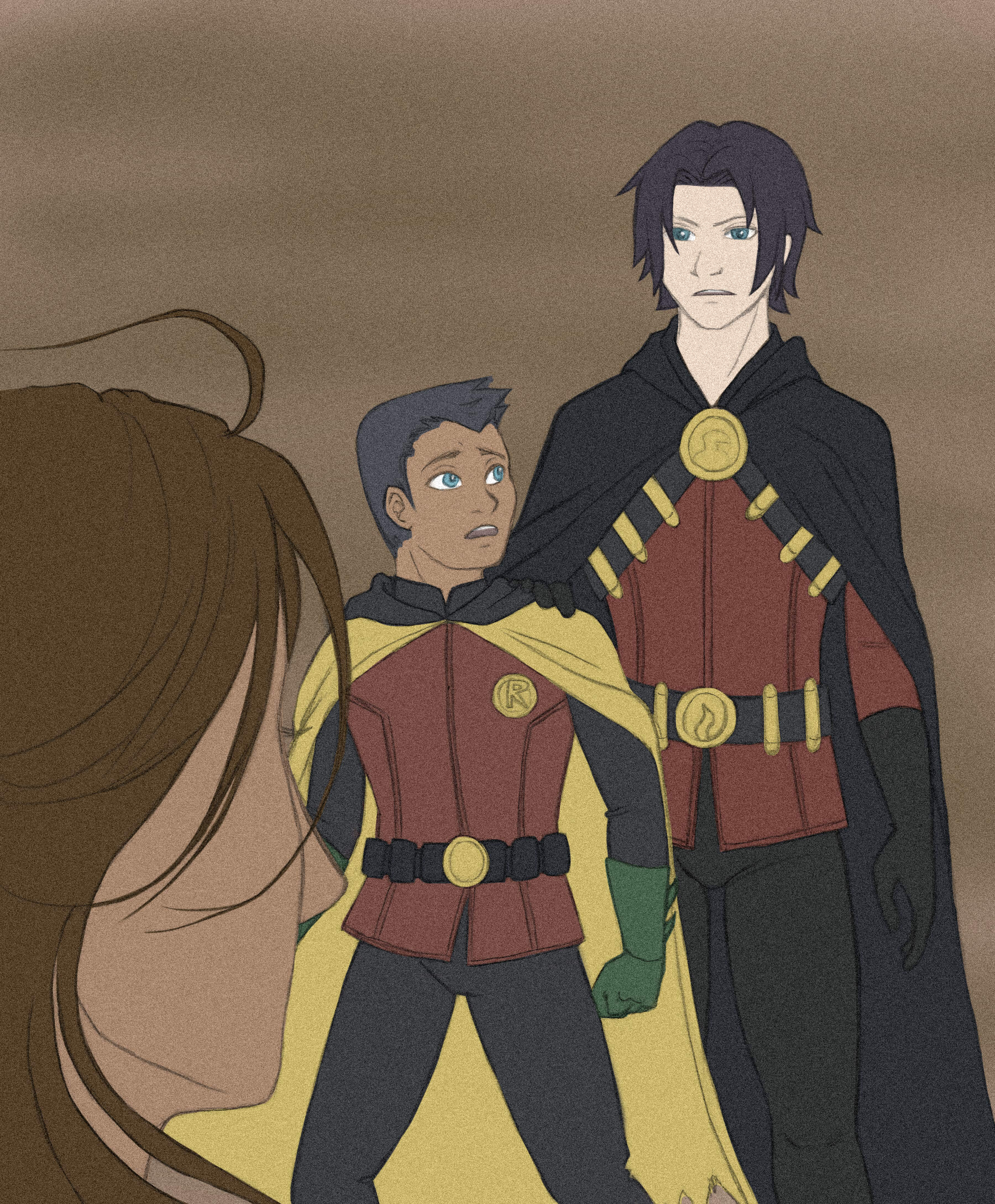 'Damian jerks beneath Tim's hand, and he turns to look up at Tim for the first time since Talia's appearance. "What are you doing?"' 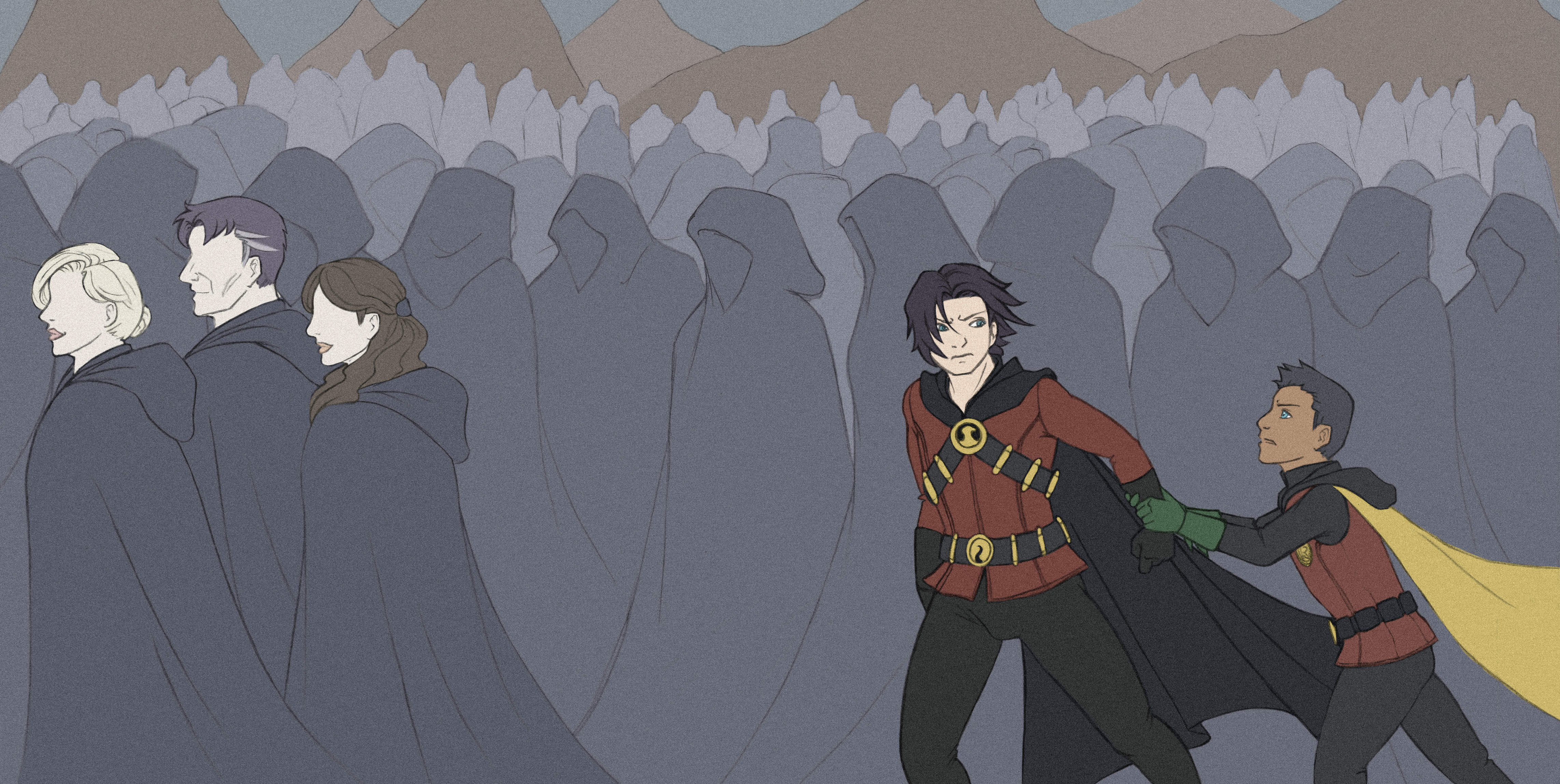 'Tim feels fingers close around his wrist, and he almost strikes out before he realizes that it's Damian. "Stop, wait, we have to-"' 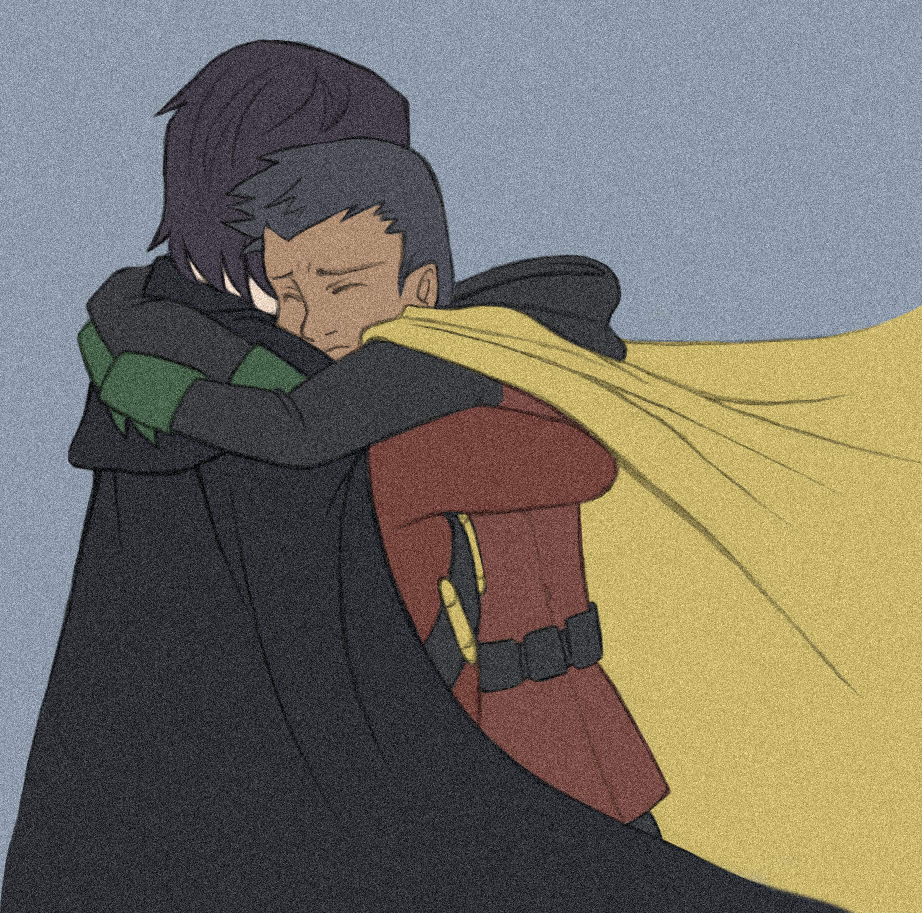 'Damian beckons him closer and Tim leans in farther and farther until Damian suddenly flings his arms around Tim's neck and squeezes hard. It is, Tim realizes with a bit of a shock, Damian's approximation of a hug. Tim wraps his arms around Damian and hugs back for all he's worth.' 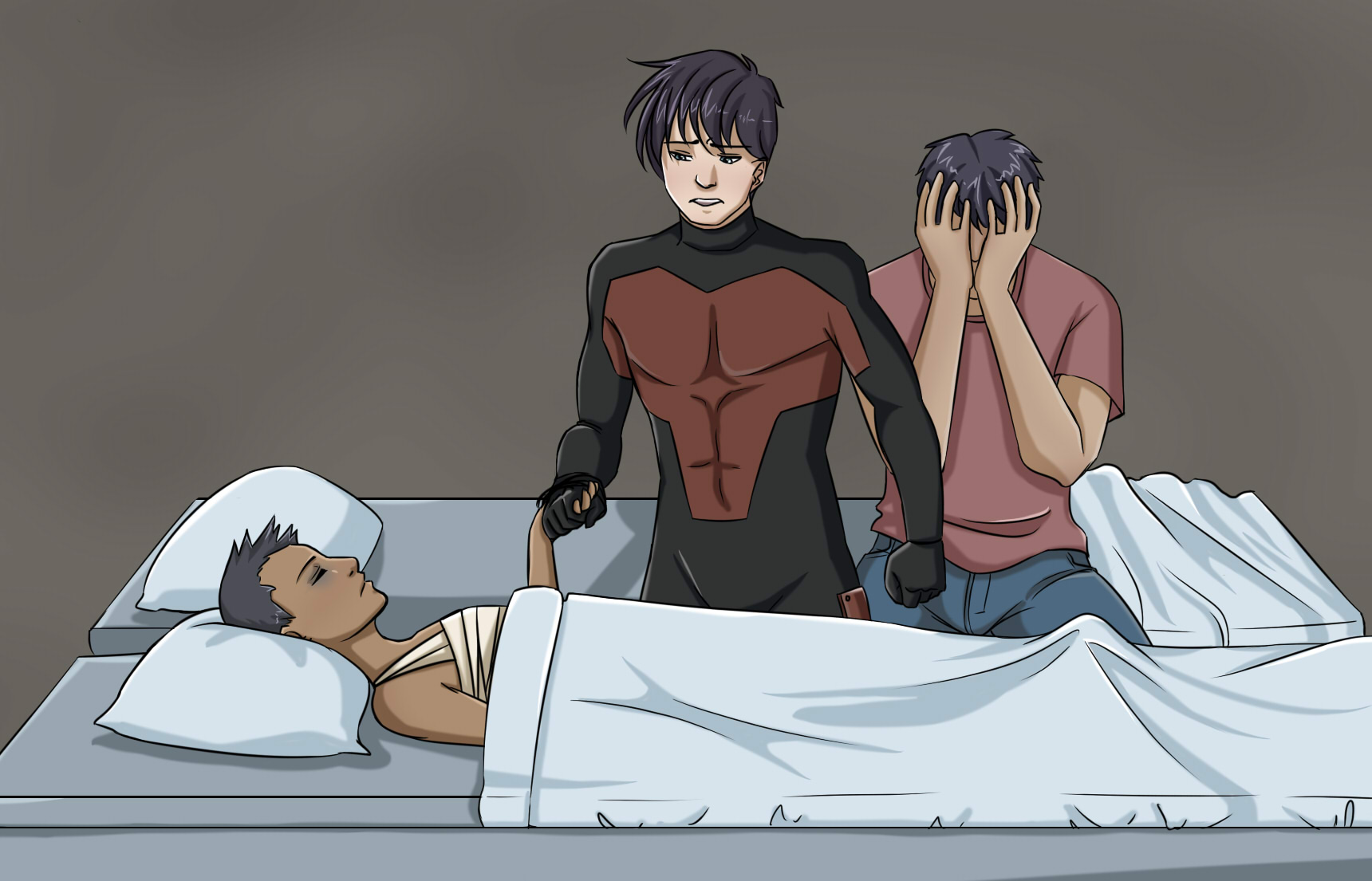 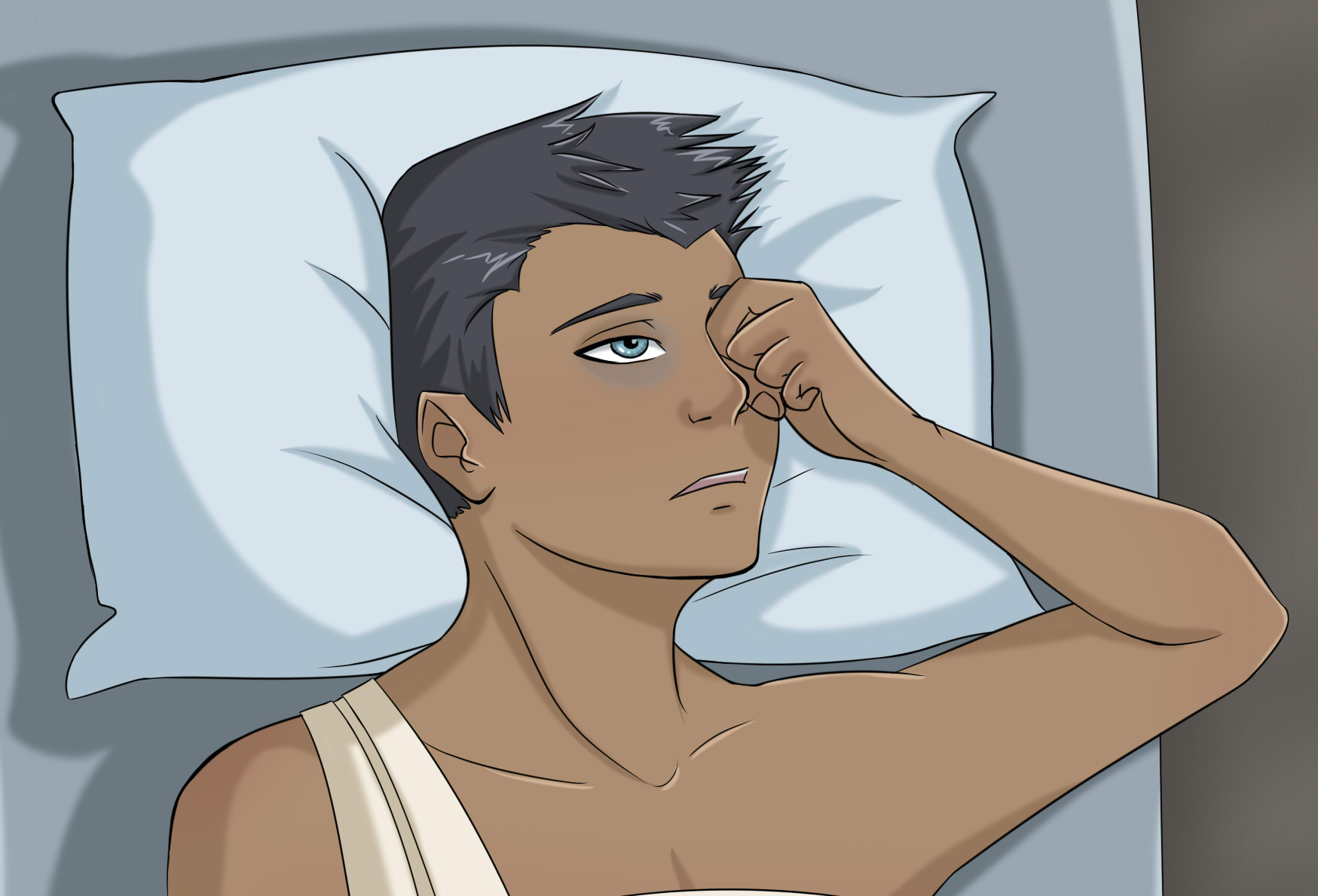 'Tim turns and looks down at Damian.' 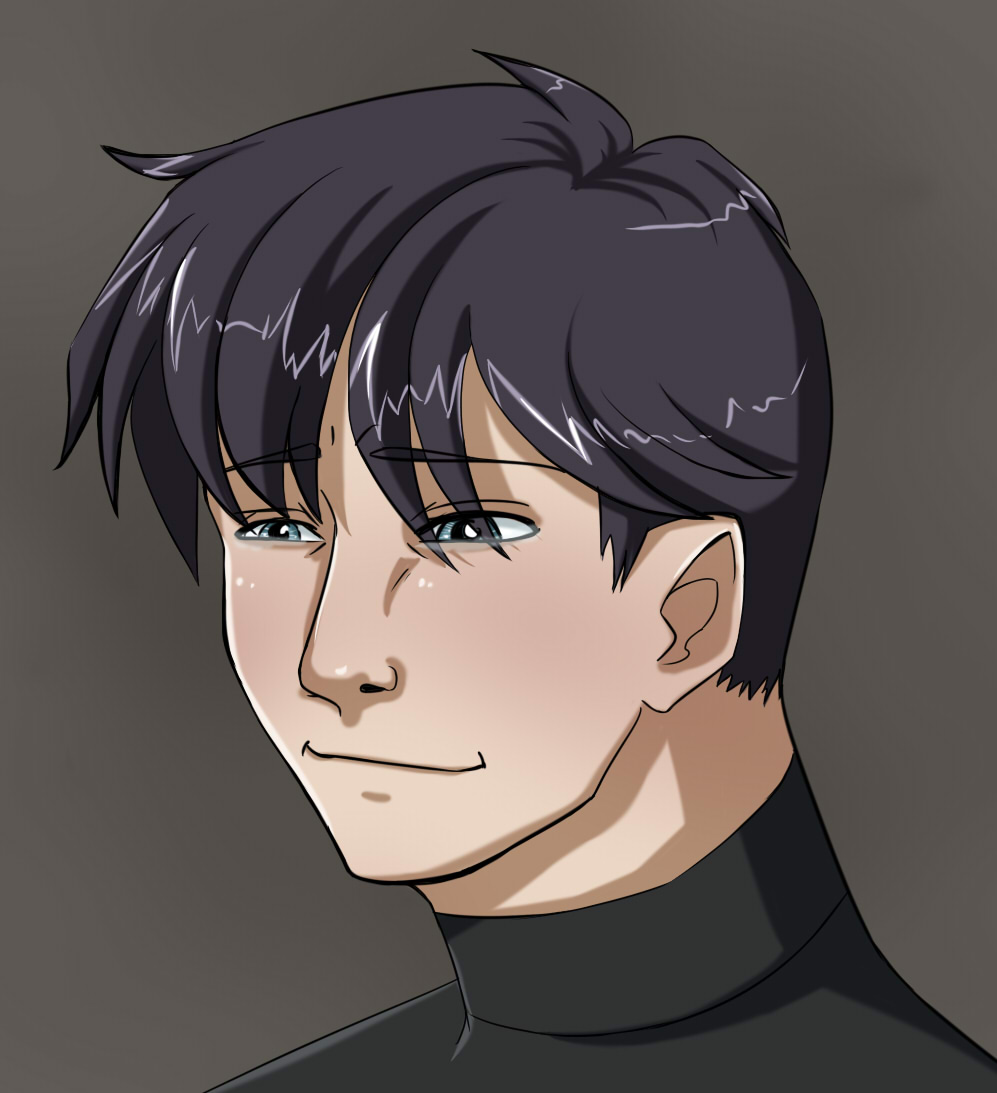 'And Damian blinks back up at him.'
Collapse